GALATA EXPRESS
Galata Express is a collection of musicians exploring Turkish gypsy sound with influence from Eastern European sounds.
​
The Melbourne-based band’s members have come from near and far, hailing from places like Turkey, Macedonia, Australia and New Zealand. They’ve all travelled widely, playing music with Romani musicians in Turkey and Europe. Along the way, they picked up melodies, rhythms and experiences that would later influence Galata Express` unique sound.

Performing all over the city for the past two years, Galata Express have taken the stage at some of Melbourne’s biggest venues and festivals. Attracting large crowds at their sell-out gigs, Galata Express have played at Woodford Folk Festival, Brunswick Music Festival, Lonsdale Street Greek ‘Antipodes’ Festival, The Evelyn Hotel, The Gasometer Hotel, The Post Office Hotel, The Night Cat as well as intimate music venues like Bar Open, Wesley Anne, Open Studio and Spotted Mallard. The band was also proud to have played at a fundraiser performance for the Refugee Action Collective in 2016. This multicultural band attracts and adores differentiation of culture and bringing people together to dance, escape and enjoy. The band released their debut album  "Cus"  in June 2017.
​
So close your eyes and let this bohemian band take you straight to the gypsy streets of Istanbul. You’ll dance, laugh and sometimes cry with the energetic melodies of Australia`s favourite Turkish gypsy  band, Galata Express. 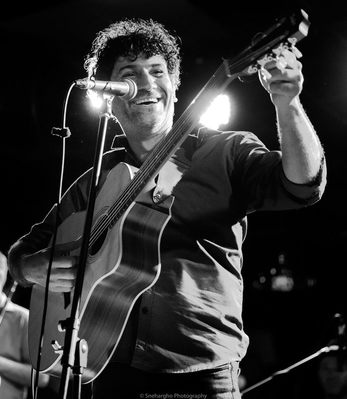 Multi-instrumentalist Tamer Taskaya, co-founder of the band and its musical director, is a master at combining roman gypsy and traditional Turkish music using the cumbus and through his vocal talent. He has performed internationally, playing a range of instruments such as cumbus, guitar and cello. Alongside well known Turkish artists, he has performed all around Turkey and Europe. At fourteen, the stars aligned when, while play fighting in a local music shop, he accidently broke a guitar and was forced to buy it. It sparked a love of music and ever since Tamer has had numerous arrangements and compositions recorded. 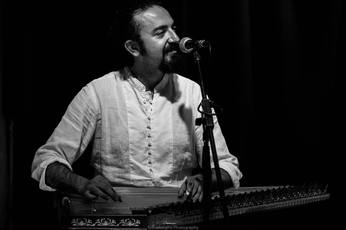 Volkan Susuzer moved from Turkey to Melbourne in 2011. He is co-founder and manager of Galata Express and the only member of the band who has not studied music. With a master’s degree in acoustics, he works full time as a mechanical engineer by day, designing high tech electro-mechanical devices. Volkan has played his qanun and flute on countless stages in Turkey, France and Australia. He was also one of the co-founders of Melbourne-based contemporary world-jazz band Sammasin and played in the band until 2015. 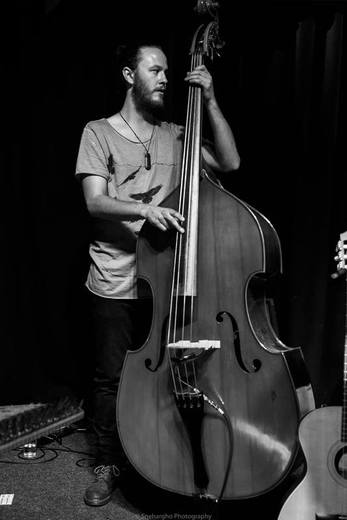 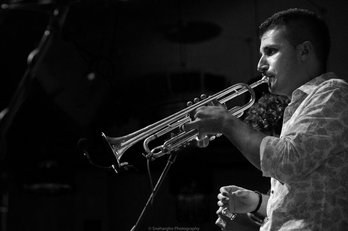 Stefan Nocevski grew up in Macedonia, where he was surrounded by music thanks to both his dad and brother being musicians. He is a new generation trumpet player with more than ten years’ experience in both classical and contemporary Balkan styles. He has been living in Australia for almost five years and started playing with Galata Express two years ago. Stefan brings a unique contemporary virtuosic style of trumpet playing and an authentic sound to the band. 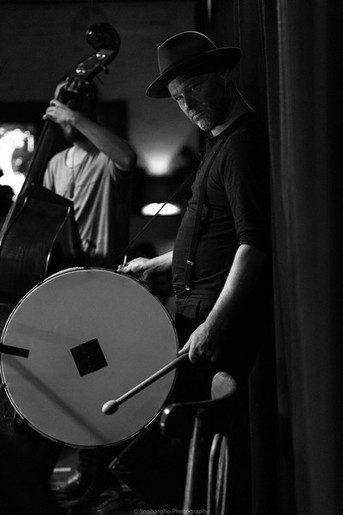 Rosco Heck’s been performing Balkan and Turkish percussion in Melbourne for the last 10 years. He studied Middle Eastern percussion in Istanbul and Carnatic percussion with Ghatam master V. Suresh in Chennai. He’s also spent time learning with Adrian Sheriff in Melbourne. Throughout his travels in India, Turkey and the Balkans, Rosco’s collected instruments that have enriched his percussive diversity. These days, Rosco is a core member of Opa Bato, a Balkan brass band and Galata Express. 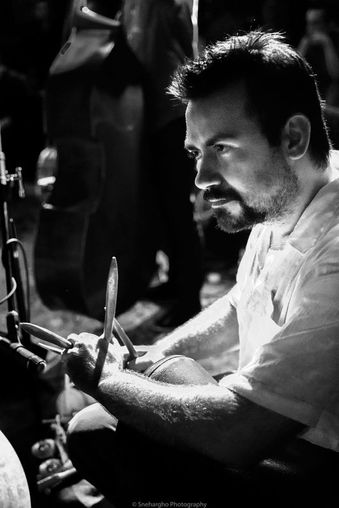 Volga Tunca picked up his first drum while at university in 2000, and quickly found his passion. A chance encounter led Volga to the gypsy areas of Istanbul, where he played in different Istanbul bands with sounds that stretched from classic and traditional to gypsy street music. Inspired by all kinds of music, cultures and the musicians he has played with, Volga’s style has evolved into something distinctly Middle Eastern, but with a strong Indian influence, probably acquired during his years in India and Nepal. These days Volga lives in Melbourne, enjoying the feast of musical diversity and opportunities available in this vibrant, multicultural city.
Powered by